Pregnant patients are not uncommon in dental practice. The diverse hormonal changes and the complex metabolic processes in mother and child can pose challenges. If surgery is necessary during pregnancy, expectant mothers worry about the health of their children. Desert Valley Oral Surgery, therefore, often have to answer questions about whether the pain control and the medication are safe. 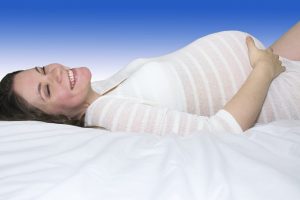 Medicines should be avoided altogether during pregnancy. Infections or severe pain can also endanger mother and child. If medication is indicated after an operation, the analgesic and antipyretic paracetamol is still the gold standard during pregnancy and breastfeeding. Ibuprofen can be used in the first and second trimesters if there is a strict indication. Acetylsalicylic acid preparations cross the placental barrier very easily, which is why the other two analgesics are preferable. A strict risk-benefit assessment also applies to the treatment of infections. This is because most antibiotics reach concentrations similar to those in the mother in the fetus. If antibiosis is indicated, penicillin is recommended.

Many people do not know that there is a direct link between pregnancy and oral health. In addition to xerostomia, hypersalinity, erosion and the pyogenic granuloma, periodontal effects, in particular, can be observed. Almost all pregnant women develop gingivitis, known as pregnancy gingivitis, as early as the first trimester.

The gingiva has estrogen and progesterone-sensitive receptors, which changes the tissue morphology in the form of increased vascular permeability and increased vascular and fibroblast proliferation. Gingivitis develops from this, and in some cases an epulis forms. Changes in the microbial flora of the mouth also favour the growth of anaerobic bacteria and thus plaque. Nausea and vomiting are also common.

Those affected should then rinse their mouths well with water and, if necessary, a little baking soda and not brush their teeth directly. Only extremely careful oral hygiene can contain biofilm and periodontal inflammation. The use of dental floss and fluoridated toothpaste, as well as cooking with fluoridated table salt, should be a matter of course to prevent tooth decay. If non-surgical periodontal therapy is necessary, this should be done in the second trimester.